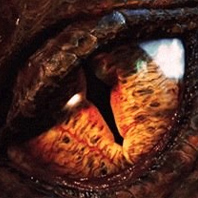 A year ago, we left Bilbo Baggins, Gandalf and the dwarves led by Thorin Oakenshield on their way towards Erebor to face the golden Smaug. At the end of the film, we saw the threatening and fierce eye of the dragon which implied that, although the heroes had already experienced some difficult times, the worst was yet to come.

Well…for them it is the worse situation but for us, who have spent a long time waiting for this next part, it’s definitely not a bad thing. The adventure continues and they go for full impact in this second part by introducing former characters and new villains as not only is the famous dragon present in this film, but we also see “the Necromancer”, one of Sauron’s frightening incarnations.

We believe that “The Hobbit: The Desolation of Smaug” is a film for the whole family. However, be aware as we’re not suggesting that it is a conventionally “nice” film but rather that we’re sure that you will all leave the cinema feeling satisfied; parents will consider it a good story, “geeky” older brothers will enjoy it as it exposes the mythology created by J.R.R. Tolkien, female cousins will appreciate the return of the handsome Legolas and older sisters will be delighted to hear that Smaug’s voice is that of, actor-of-the-moment, Benedict Cumberbatch.

So, if there is a film which you have to see this Christmas on the big screen, this is what we recommend. Let’s all go to Middle-earth! A big adventure awaits us!

How can we help you?Speak with an advisor for personalized attention
Receive Information
“December Joke”
The reindeer and the camel[Read joke]