When do we start going to school? 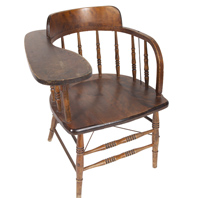 It’s said that the first mention of when pupils attended school as a group comes from the Greeks. The Ancient Greeks attended classes of reading and writing, physical education and music, but the majority were adults. Likewise, the schools of Mesopotamia were talked about, but they were only a very small group of children. The rest were older who, by the way, got classes from dawn till dusk.

School as we know it was “conceived” by the Czech philosopher John Amos Comenius, who, in the 17th century designed a 24-year system which would practically start when a child was born.

Comenius’s ideas appealed to the 18th-century French philosopher Jean Jacques Rosseau, which were then used in the development of schools in France, England, Germany and Holland in the 19th century, where many parents had to work in the first factories in Europe. Interestingly, many of the founders of these schools were workers in these factories as children, and fought against child exploitation when they became adults.

In the beginning these schools formed part of the “welfare” society (remember that at the time children that came from wealthy families had private tutors); but soon the governments of the different countries would end up taking control of these schools and preparing the teachers.

So, depending on each country, the schools would be created at different dates. But at the end of the 19th century there would be schools almost like the ones we know throughout Europe today.

Now you know a bit more about the history of schools. As you can see, we’ve be able to have an education for quite some time now. Let’s think about that!