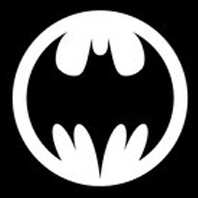 One night some thieves killed the parents of millionaire Bruce Wayne. From that moment he swore that he would not only put an end to the crime, but would also come down on the perpetrators. He made himself a bat costume…and became Batman.

The story of the origin of the dark knight varies depending on the screenwriter, but essentially it can be summed up in one paragraph. But what are his real origins? How was such a powerful character such as Batman born?

Before the success of Superman, the publisher that would later be the famous DC Comics, decided to create a new superhero. The bosses of the publishing house charged several artists, among them a young man called Bob Kane, who created a hero who’d be the complete opposite to Superman: a powerless but inventive human, who grew up in a wealthy home and wants revenge more than doing good. It’s based on three people: the famous law-abiding masked man Zorro, the creative inventor Leonardo da Vinci, and the criminal in the 1930 film “The Bat Whispers”.

However, there was something didn’t convince the editors: this Batman wore a simple mask, red tights, and a couple of fixed bat wings on his back. There was potential in the character, but for many his appearance was ridiculous. This is where the controversial scriptwriter Bill Finger comes in, who had already worked with Kane. He suggested changed the red uniform to grey, replacing the wings with a black cape and changing the mask for a hood with pointed ears that would cover half the face. It’s said that Finger’s ideas did not stop there, but he also came up with the idea of two identities for the hero, and that he originates from a murder in a dark alleyway in Gotham.

In 1939 the first bat story appeared in the mythical “Detective Comics” no. 27. It was very successful, but the publishers thought that character was too gloomy, so it was decided to place a hero alongside him so younger readers would identify with the comic more. Kane’s first idea was to create a myth similar to a goblin; but Finger thought about a human character. Kane then created Robin: a boy with a simple mask and red suit (sound familiar?). And there is the history of the comic.

A dynamic duo created by another dynamic duo which, by the way, ended quite badly. But that’s another story. We encourage you to get to know the rest of the story, it’s worth it!