Why it’s best to learn Spanish as a child 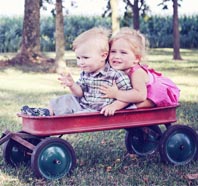 Many studies have analyzed children’s ability to quickly absorb new languages and the advantages that language learning gives kids. Below we’ll take a look at how it’s best to learn Spanish as early as possible.

Science explains
It’s been scientifically proven that kids’ brains, more specifically their neuronal connections, are in the developing process. This means that anything they learn is absorbed into their memory, giving rise to the popular phrase “children are like sponges”.
Children’s minds assimilate new information without any type of negative connotation. That’s why learning Spanish as a child, when new concepts are memorized as they are assimilated, is much more effective than learning it as an adult.

Cultural awareness
Kids who learn Spanish are aware of linguistic and cultural diversity. This cultural awareness promotes children’s acceptance of a multicultural society and a globalized world in which speakers of different languages interact with one another.
These kids are not limited to their native language or to one single family; learning Spanish teaches them that there are other families, other languages, and other cultures that deserve to be respected as much as their own.

Benefits of Education
For many small children, learning English is a first taste of education that will be similar to what they will experience in school. As teaching certain subjects like language structures or math to 3, 4, and 5 year old children is unthinkable, building foreign language vocabulary skills becomes a first introduction to education for many kids.

Learning Spanish as a child encourages the learning of new words in context and even the forming of complete sentences. This educational foundation allow kids to later learn other material faster and more naturally, which encourages better educational development.