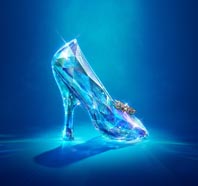 After the success of “Maleficent” Disney seems to be opting to rescript some of their more well-known stories for live action films. Now it is Cinderella´s turn: What will the new adaptation of this story about a girl whose magic spell wears off at the last stroke of midnight be like? How will the story have been altered?

It seems like the story will be faithful to the animation: we have seen the two treacherous and tacky stepsisters and a pumpkin which turns into a luxury carriage with the clever rats who turn into beautiful horses also featuring in this retelling.

This major production company specializing in storytelling has entrusted this adaptation to a well-known director. Does the name Kenneth Branagh ring any bells?  For many people this is a logical choice because Branagh has experience directing blockbusters which might sound familiar like “Thor” as well as films based on Shakespeare´s plays such as “Hamlet” or “Henry V”, which your parents might remember.

This film also has a star-studded cast. Do you know which actress is playing the evil stepmother? Cate Blanchett (the actress who played Galadriel in the “Lord of the Rings”); and who is playing the fairy godmother? The one and only Helena Bonham Carter, who has previously played Bellatrix Lestrange in the Harry Potter saga.

The film has a good director and cast. And the special effects promise to be the best. So far so good, but will this film have the same charm as the animation? Will the fairy godmother sing her catchy tune: Salagadoolamechickaboolabibbidi-bobbidi-boo? We will find out soon enough.