The games that kids play in other countries 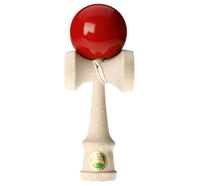 In Spain, kids play hide-go-seek, marbles, Parcheesi and Chinese jump rope—but today that is happening less and less. In other countries there exist games and traditional toys for entertaining children.

Games in Japan
In Japan, for example, Origami continues to be one of the most popular activities among kids. Origami consists of folding paper to make different shapes with some shapes requiring a lot of skill. In origami, it is not permitted to use scissors or glue.
In Japan, kids begin practicing this at a very early age.
Kendama is another traditional game that is one of the most popular in Japan—there are even championship kendama tournaments.
The Kendama is shaped like a hammer with a ball tied to it on a string. What makes this game interesting are the different tricks that people can do with the kendama.

Games in México
In Mexico there is a game that is similar to the previous one that is called Balero. In this game a stick is tied to a wooden cylinder with a hole in it. The object of the game is to introduce the stick into the cylinder with only one hand.

Games in Africa
In Africa one of the most popular games is called Mancala. This game uses a board with twelve holes in which four stones or seeds are placed. The objective is to take the stones from your opponent.
Even though mancala is a board game, it is common to see kids playing on the ground by making small holes in the dirt.

Games in Australia
In Australia it is common to play with boomerangs, this ancient and traditional aboriginal weapon has become a sport practiced around the world.

Games in Russia
The Russian nesting dolls or matrioskas are, without a doubt, the most well known Russian toy. These hollow dolls, made from linden wood, house other dolls in their interior with the smallest one being a tiny miniature of the largest.
The Matrioskas usually have between seven and twelve dolls but the record for the most dolls is 75