The secret of the chest of Midas 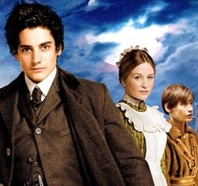 They say that if the saga played by Mariah Mundi is successful, it could be a worthy successor to others like Harry Potter or Twilight. Perhaps these novels don’t mean anything at all to you, but be sure that a few days before the release of this film, you’ll start to see these books here.

What we do know is the plot of the first film of the series: Mariah, a 17-year-old boy looks for his kidnapped brother in Victorian London (during the 19th century, recognizable for its steam engines, top hats, and curled moustaches). With the help of a strange investigator he will discover a city in which danger, adventure and fantastical creatures come together.

As we’ve already said, we know nothing of the story, but we’ve seen some images and it looks promising. It’s another thing if we end up liking it.