What games did the older generation play? 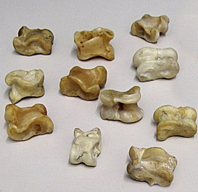 Everyone has been kid (although it’s hard to believe with some people), and everyone has played before. Our grandparents were kids once, we know that, but… how did they manage to get by without computers or video game systems? Well we asked our grandmas and grandpas and they talked to us about their favorite childhood games.

These are of course just a few examples of the games older generations played. We recommend asking older folks you may know to learn about more games.

They’ll tell you stories and give you ideas on how to spend a summer afternoon.