How were my favourite dishes invented? 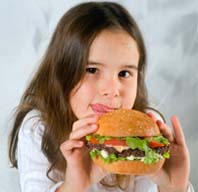 Vegetables are healthy; fruit is part o fan equilibrated diet… But let’s be honest: we love french fries, hamburgers, pizzas, ice cream and many other things (from here we encourage you, in any case, to be careful with this type of food. Sometimes, they are ok, but not everyday). Have you never wondered where these dishes come from, or who was the first one to try hem? We will tell you some fun anecdotes on your favourite dishes: some have a very curious origin.

French fries: the origin of this golden garnish is a matter of dispute between the French and the Belgians. The Belgians say that they were invented when the fishermen of the Meuse River couldn’t go out fishing one winter because the river had frozen; so they decided to fry the potatoes growing on the banks of the river to kill hunger. The French say that the first French fries were cooked in Paris during the French revolution; they were a fast and cheap food that the poor could buy. Another curiosity: the French are proud to have invented the French fries, which they dimply call “frites” (fried).

Hamburgers: as their name indicates, they were born in the German city of Hamburg, although many think it is just a variation of a type of steak made with ground beef that Russian emigrants took to Germany in the 16th century. According to them, that steak recipe was brought to the US in the 19th century by Hamburg sailors. Legend has it that a cook that had a stall in Seymour’s fairground (Wisconsin) had the idea of putting that fillet steak between two pieces of bread, when his clients asked him to have the fillet to take away, so that they could eat it while walking around and watching the attractions.

Pizza: there are quite a few stories on the origin of pizza. Some say that the first pizzas were cooked by Roman legionaries, who cooked flat bread cakes on their shields; others say that they were born when the explorer Marco Polo wanted to cook Chinese meat and vegetable pasties for the Venetian authorities, but he couldn’t close them properly; but most of the people say that they were created in the 17th century in Naples as a tomato cake to which cheese was added in the 19th century.

Hot dogs: yet another dish that we owe to the European emigrants to the US. It seems that the London merchant Harry Mozley Stevens had the idea of selling German sausages during baseball games. In order for them to be easier to eat, he placed the sausage inside a large bread bun. You will now wonder why they’re called “hot dogs”: this is due to the cartoonist Ted Dorgan. When he bought one, he imagined the drawing of a dachshund inside a piece of bread. The joke was successful, but some people started thinking that the meat of the sausage came from dogs. People can be so mean.

Pasta: it is no coincidence that both the Italian and the Chinese eat noodles. It is said that the Venetian traveller Marco Polo took Chinese noodles to Italy in the 13th century. These noodles were 50 centimetres long, so the European cooks felt they should cut them or vary their shape. On the other hand, it is said that Etruscan (the inhabitants of Italy before the Romans) already prepared a very similar dish to lasagne with hardened wheat sheets with meat.

Bread coated steaks: the history of this recipe is a busy one. Venetians –again- prepared fillet steaks coated in gold so that the ambassadors and important foreign visitors saw the wealth of the city. But, after several cases of intoxication, the authorities ordered that the gold was substituted by bread which, when fried, turns to a colour similar to gold. The curious fact is that in 1862, it turned into Austria’s typical dish, due to the fact that Venetia was conquered by the Austrian army.

Ice-cream: We have to talk about Marco Polo again. The explorer and adventurer took this recipe from China to Italy. He told that this was the Chinese Emperors’ favourite dessert. As you can imagine, Italian noblemen were delighted by this discovery.

When we were writing this, we have realized two things: that even food has its history and that most of the dishes that we love were brought to Europe by the Italian, or were perfected in America. How many wonderful dinners do we owe to Marco Polo or Columbus? Let’s raise our ice cream cups to them!