Since when do videogames exist? 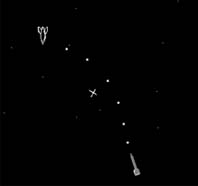 It's always funny with videogames: we feel like they have been there forever, but we cannot think of them as something old either. Let's say that there are people younger than Super Mario, which are already parents of elementary school kids. But let us not complicate this so much.

The thing is that the first videogame is older than some grandparents. Yes, really: we're talking about the year 1947, and the creation of Estle Ray Man and Thomas T. goldsmith, that modified a radar system to simulate a missile attack. It wasn't so much fun: only the speed and the curve of the shot could be modified, and the objectives were in overlay (that is, that there were no computerized graphics or anything). But it was a start.

In 1952, the thing got a little bit better: the British mathematician Alexander Sandy Douglas presented his doctorate paper on the interaction between humans and computers with a complementary element: the game "Noughts and crosses" that was programmed with the supercomputer (for the times) EDSAC at Cambridge University.

Don't you have the feeling that there is something missing to these videogames? It was in 1958 when the American physic William Nighinbottham created something more similar to the videogame as we conceive it now. He took an oscilloscope (one of those gadgets that measure wavelengths and always appear on mad scientists' movies and make a "beep, beep" sound) and programmed it so a glowing sphere would move like a ball and two lines of light went up and down to intercept it. The novelty of this game was that two players could play each other at tennis. At the beginning it was called "Tennis for two", but maybe the name under which it was commercialized in 1972 rings a bell: "Pong"

The next step would be taken by Steve Russell of the Massachusetts Institute of Technology (USA), when he created "Space War" in 1961. It had very simple graphics (barely a couple white lines over a black background), but already had the complication of addictive videogames: two players took the controls of two spaceships; one had to bring the other one down before the "gravity" of a star destroyed them both. It was very successful amongst university students, who passed each other copies of the game.

We are still talking about "computer games", but when did the console arrive? "Because I'm sure it's much more modern", you are surely thinking. Well, yes and no... Truth be told, the first videogame console was born in 1968, it was called "Magnavox"( in the image above) and it was a creation of the German-American engineer Ralph Baer. But it wasn't commercialized until 1972. It was a revolution for the times, even though it may seem too limited for us: its graphics were basically white lines, it had no sound and didn't even have a memory to store rankings (the players had to use their own memory, or a pencil).

Nonetheless, it was very successful... So it is understandable that big companies did all they could to commercialize their own consoles: so did it Atari and an old Japanese company that fabricated playing cards called "Nintendo". But that's another story, that we invite you to discover on your own.

Oh! If you feel curious about the games we have described earlier, you can find simulations on the internet. Being so basic, they barely occupy any memory an, who knows, maybe you even become addicted to them!