Which are the most intelligent animals? 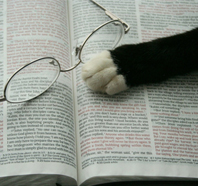 We have all seen our cat or dog showing a human behaviour and have said: “look how smart it is!” Does this mean that our pet is intelligent? There are a lot of discussions around this, even at the time to define what intelligence is exactly: is it the ability to adapt to the environment? Is it the capacity to solve problems? Or the creativity when having to obtain something? Is it a mix of all the mentioned characteristics? To be honest… we have no idea (maybe we are not so smart at the editorial office we are not so intelligent), but it is true that many animals stand out for a surprising feature that brings them closer to us. Here’s a list with some of them. Watch out! It is not a list from smartest to dumbest: it is only a list with a mention to what each “smart” animal does.

Elephants: the biggest terrestrial animal of the world has always been associated with intelligence and wisdom. And no wonder: it is known that they can recognize themselves in a mirror, they ably use tools with their trunk, and have a prodigious memory.

Chimpanzees: the cousins of humans can solve easy mathematical problems, make puzzles, or use tools (some of them as weapons). They are also capable of communicating through sign language… and even teach it to their offspring!

Dolphins: the funny sea inhabitants live in complex social groups and have their own communication system. If you have ever seen a dolphin show, you would have probably seen what tricks they can do to be rewarded with fish. Well, they don’t just repeat them; they can also improve them to get better rewards!

Octopuses: some time ago there was a famous video in which an octopus unscrewed a glass jar to eat the shrimp that was inside of it. Several studies have discovered that they have an important learning ability, which implies that they can organize their memories towards a goal, such as getting food. It has also been discovered that they are the only invertebrates (boneless animals) capable of using tools and have a capacity to make future plans (like carrying half a coconut with the objective of using it later to hide).

Rats: Einstein said that if rats were the size of dogs, they would be the dominant species. He was right: they live in organized colonies and are fast when taking easy decisions. A recent study unveiled that, when the colony wants to move, they send out an explorer to check the terrain, and then it comes back to show its mates which is the best place and the way to get there!

Pigs: it is surprising to see them on this list, right? It has been proved that pigs are the smartest domestic animals and that they are capable of memorizing images. Another surprising fact: pigs can communicate between them with groans, but when humans are present they use another type of sounds! By the way, in one experiment the scientists taught a dog and a pig tom play a simple videogame. The pig got a better score.

Crows: if these birds seem sinister to us now, knowing that they can recognize human faces, are capable of recruiting others of their same species to prepare mass attacks, and have languages that vary from flock to flock won’t help to improve our opinion of them. By the way, did you know that they are capable of speaking, like parrots? No wonder that they are warlocks’ best friends.

Parrots: we know that they are no ordinary birds because they can talk. But, do they know how to use those words? There is a story about a grey parrot that got lost and was capable of telling the people who found it the name and address of its owner. Furthermore, they can use tools and understand concepts such as “smaller”, “bigger” or “the same thing”. It is comfortable to know that we will have allies if the crows ever decide to attack on us.

Squirrels: squirrels look smart, with their fast movements and their sparkling eyes. And they actually are: they can set up false “warehouses” to trick those who want to steal their food. According to some scientists this is not an innate behaviour, but a learnt skill. It has also been proved that these rodents create a “three-dimensional map” of their territory to locate their stocks. In this case, it could be said that hunger is the mother of wit.

Dogs: despite being an animal that has accompanied us throughout all our history, its intelligence has been very little studied, maybe because many of their intelligent behaviours are mistakenly associated with training. It is said that the intelligence of a grown-up dog is similar to that of a three year old child, and it has been proved that they can tell dog photos from other animals’. It seems that they are very sure of what and who they are.

Cats: there is no doubt that cats are very intelligent animals. Curious, observant, shrewd and opportunistic, they won’t doubt using their arts to get what they want, whether pretending that they are sleeping to take our seat in the sofa when we stand, or “playing the ball” with us when they are hungry or want us to play with them. Some scientists think that they are capable of reasoning and understanding. That may be the reason why we discover them looking at us from the corridor with a pensive attitude and their head cocked.

Each animal stands out in something. Each has its “particular” intelligence. It is just like when a work group is created in class, and one of you is better at maths, another is better at handcrafts, and the third one masters writing. You are all smart, but each of you stands out in a different field. So, could we say if one is smarter than the other? Of course not. And with animals, it is just the same.