Advantages of being bilingual 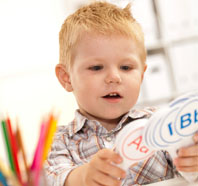 During this time of the year, whether it be due to their marks or to resolutions for the new year, we often think about the languages our children should speak. Would it be a good idea to enrol them in courses? Is it really good for children to learn another language at an early age? Some think that attempting to get children to be bilingual can cause a delay in their linguistic ability. However, learning a language from an early age can have positive effects on the child given that, as well as proficiency on a second language, it might also deliver other benefits in the development of the child. Let us mention but a few:

In terms of communication, apart from the obvious advantage when it comes to speaking with people from other countries, bilingual children have greater and better access to sources of information. They can even learn new concepts, given that some words might not even have an explanation in the child’s native language.

In terms of education, a bilingual child will better understand concepts in language subjects and even in other subjects. The mind of the child will have been trained by the teachings imparted in other languages-

In the cultural aspect, another language is also a key to delve into a new culture, from which the child will profit and perhaps even get encouragement to look further for knowledge.

This access to diversity stimulates the mind and the creative vein of the child, who becomes more flexible and more open-minded. Some authors even maintain that it increases the child’s capacity to solve problems.

This capacity to solve problems creatively also helps to boost the self-confidence of the child.

Finally, once the child grows up as a bilingual speaker, it will be easier for the adult to find a job, since young persons with knowledge of foreign language are evermore in demand.

Hence, learning a language involves a wide array of advantages in many respects. Thinking about this issue, we must recall that common phrase that claimed that the most important muscle is the brain, and therefore we should provide exercise for it on a daily basis. Well, learning a language is a highly effective workout programme for the brain.