Since when are there toys? 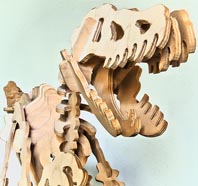 When you play with your doll, race your cars or give your fluffy dinosaur a voice you are doing something your parents have already done, and your grandparents, and your great grandparents: playing. But how long can we go back to? Which was the first toy?

Archaeologists have found toys and dolls from all ages and places: the Roman Empire, Ancient Egypt, Ancient Mesopotamia… of toys we can say that it is one of the few things that is as old as humanity.

The fact is, we frequently hear that the oldest toy in the history of humanity has been found. The most recent discovery took place in digs near Stonehenge (England) and dates back to the Bronze Age, more than 5,000 years ago. It’s a carved stone with a pig’s or hedgehog shape (the experts can’t agree on it).

Can you imagine a boy or girl from that time carrying in his or her arms that heavy doll and even naming it? Times and materials have changed, but the toy types not so much.

We don’t dismiss the possibility that in the future a new discovery will arise, though some think we already have and haven’t realized it. Who can assure us that those monkeys that humans descended from didn’t play with a stick like today’s children?

How can we help you?Speak with an advisor for personalized attention
Receive Information
“September Joke”
The Dog
[Read joke]