Why is it winter now in the Southern hemisphere? 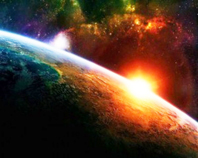 During this period when the heat is insufferable and most people are thinking of eating ice cream and taking a refreshing swim, the other half of the world is complaining about cold and thinking of a warm glass of milk and staying in bed under four covers.

Indeed, while in the Northern hemisphere we’re in the middle of summer, the Southern hemisphere is going through winter. What is the cause of this peculiar circumstance?

Let’s visualize our planet orbiting around the Sun in the translational motion. As you know, Earth also rotates on its inclined axis (this is why the Earth globes in school are “crooked”).

In the middle of August, the Northern hemisphere is tilted in such a way that it’s closer to the Sun, while the south is further away and the rays of the Sun reach them with less intensity. Relatively speaking, it’s similar to when you stand next to a fireplace: your feet and legs are hot but your face is colder.

The same thing happens in winter: when in the north we’re nearly freezing from the cold, in the news we see that the people living the in south are celebrating New Year in the beach, and those dressed as Santa Claus are having a hard time under the hot Australian sun.

Aren’t you jealous that they can celebrate Christmas Eve with ice cream for dessert? We are!

How can we help you?Speak with an advisor for personalized attention
Receive Information
“August Joke”
The Biclicle.
[Read joke]